The content in this blog is purely personal. These opinions, in no way, reflect that of my present or past employer/s. 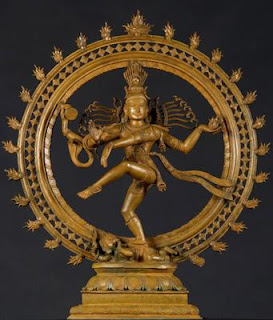 One day, while on bench, was browsing through our company’s library where most of the books stacked were either that of JAVA or that of .NET, but nothing of real interest. {One need not buy books for knowing how to code, there is a free stuff called Google, yet there they were.}

Like an ancient treasure found in rubble of a modern collapse, my eyes found this book “The Tao of Physics” – which was like a whip of fresh air in the stuffed A/C library room. Then the following days were spent religiously reading that book and refreshing my own concepts of Physics, Life and its meaning. The book starts with defining the different perspectives of physics, the Classical Physics – as defined by Newton, Copernicus et al; Modern or Quantum Physic – as defined by 20th century physicists.

In the early stages of real science, starting with Copernicus, running through the time of Galileo and culminating with Newton, science revolted against the religious authority of the medieval Church, which had upheld Aristotle. Science conceived of a universe that could be mechanically objectified, a cosmos of ‘sticks and stones’ that could be measured rationally and predictably. Although Newton and others believed in a transcendent God who had created the cosmos, the paradigm of scientific thought that was established by the late seventeenth century and which still lingers today has lead, in one direction, that a scientific reality has nothing spiritual about it. It was a dichotomy, either a materialistic metaphysical view, or that of a traditional religion – where the world was made in an instant.

In the first half of the twentieth century, when physics reached the stage where it tried to look beyond the atom and reveal the quintessential ‘stuff’ that the universe is made of, the world was forced into some astonishing conclusions. Though the universe appears to be solid, measurable, objective and predictable at one level of experience, when physicists tried to study sub-atomic particles and ‘quanta’ they found themselves dealing with a realm that could not be described as material. Instead, the ultimate nature of the universe appeared to be made of complex energy manifestations operating in an unpredictable web of patterns that was inseparable from the subjective perspectives of the individuals doing the studies. Although apparently material and visible at one level, the basic stuff of the universe is immaterial and invisible at the ultimate level.

In this context, it is imperative to look at the image of Lord Shiva as Nataraja – which epitomes the cosmic dance. It is there and then again it is not there; the same dichotomy of universe and the stuff it is made of. Quanta present and then again not present - Heisenberg uncertainty principle, where you cannot determine the momentum and the position of a particle at the same time or instant. The same is shown in the statute of Nataraja.

Suggest all the folks to have at least one reading of the book to understand the very nature of this universe, which in turn will show how transcendent is human life, which can drill down to the levels, where many or most of the things we worry about are out right silly and meaningless in the global scale of things.